They were usually commissioned, informal group portraits, fashionable in the 18th century called Conversation Pieces, say the encyclopedias. A group in the painting was engaged in genteel conversation, usually outdoors. Later the English word ”conversation piece” came to refer to any object that was seen as interesting enough to spark conversation.

What an epic conversation piece the Guggenheim Helsinki has been! Since January 2011, when the plan was published, it became a kind of perpetual motion machine in Finnish media. The largest Finnish and Northern European newspaper Helsingin Sanomat adopted it as a baby, covering the subject widely. When Helsingin Sanomat reported in a pro-Guggenheimish way, a more neutral point of view was given by the Finnish Broadcasting Company. While the two competing main steam media covered the issue so widely, the rest of Finnish media got frustrated and alienated themselves from this debate.

Accompanied by social media it became perhaps the largest conversation piece that Finnish culture journalism has produced ever. As the media coverage of culture has become evermore frugal, some even asked, what was left in the shadow of the Guggenheim issue?

One of its climaxes was the international architecture competition announced in June 2014. The competition reached 1 715 proposals from 77 countries during only three months. Six designs, which were selected for the second stage were presented in a thorough, illustrative, well-done architectural exhibition in Helsinki Kunsthalle this spring.

The globally famous architects, starchitects like Frank Gehry, designer of the famous Guggenheim Bilbao and others rumoured to participate, shone in their non presence. Was this because of only three months time given to first stage participation or uncertainty about final construction of the museum?

The winner was Paris-based Moreau Kusunoki Architects, who proposed an inviting composition of nine pavilions to the Helsinki waterfront area. They are covered by glass and black and silver coloured, charred wood. Domestic conversation argued about the tower piece of the composition: was its height against the competition rules or the city regulations or not?

One of the most critical comments was by unnamed writer of The Economist (Lacking spark, June 27th 2015) who described the pavilions as “an indistinct jumble”. The writer went on with his blast: “The design considers no new way to look at art that would make it a must-visit.” The critic wrote on the competition as a whole: “It is extraordinary that a design that triumphed over 1 700 competitors should turn out to be rather ordinary.”

The competition did not move the main parties that formed earlier around the Guggenheim Helsinki affair. They can be divided into three groups, from which two are against and one is for the project.

The hard-core Guggenheim Helsinki opponents are both populists and traditional leftists. They found each others in opposing any non-national cultural enterprise (nationalist and populist) or feared that the franchise art museum would lead to total macdonaldisation of Finland (conservative leftists).

They oppose even a possibility of artistic cultural collaboration with American counterpart because they are... well American. Their lines of reason are: many Guggenheim projects have failed elsewhere, Guggenheim is not an avant-garde enough contemporary art institution and the lack of money.

The well-known art critic Mr. Otso Kantokorpi stated in Helsingin Sanomat that the competition was trivial. He said that the funding is not right, and he did not understand why the city or state could come along with this. The other art institutions such as Kiasma cannot be run properly with present finance.

Those who are struck by the nationalist fervour think that internationalism is the peril of our times in art, even though their car is perhaps made in Germany and computer in China. Without a blink they allow billions in enterprise subsidies, road construction and renovation of Helsinki Olympic arena, but even after massive public debate the city does not need more art, they think.

The leviathan media attention paid to Guggenheim Helsinki gathered two major artistic protest groups. Checkpoint Helsinki is a programmatic artists group that produces contemporary art without a permanent exhibition space into everyday environments. Among others the Next Helsinki competition was an alternative to the “controversial Guggenheim Helsinki” to launch visionary alternative ideas to the allotted South Harbour site. Over 200 entries were submitted from 37 countries.

The “not on my purse” party

The saying “Guggenheim yes, but not on my purse” was a standard of the citizens and politicians who did not want to sound evermore prevailing Finnish peasants, populists or antiamerican. It became a convenient way to say a polite no and forget it, because of the lack of political will and opportunistic compromise with it.

Little do these people know of the Finnish museum law that allows state subsidies to any institution that fulfils the standards, be it private or public. And why would Guggenheim Helsinki not take that money? And what would be the role of Helsinki city donating the infrastructure?

It has become an epitome of the current "homo culturalis" to distrust the state and public sector in establishing, financing and up-keeping cultural services and institutions. Consistently we live in illusion of waiting for the rich, foundations and companies to come fore and donate money for culture and arts. But why does this magic “private money” sound so genteel and who pays for it at the end of the day?

The donors, the dark horses of the Guggenheim Helsinki did not come out from the closet, understandably. Only roughly one third of the task of 30 million US Dollar contribution money was reported to have been achieved. Who wants to announce their generosity into a project that is uncertain to be realized?

The advocates of Guggenheim Helsinki saw it more a matter, spectacle, trade and business than spirit, art, culture and civilization. Undoubtedly, these Helsinkians were unselfish and sincere in their urge to improve their city, call it a cultural branding or what, to be a better place to live.

What went wrong was their strategy. Instead of a tourist trap and money boost, ”sampo” (the word from Finnish national epic Kalevala meaning something that churns money) they should have started from the content and museum concept. What would Guggenheim be able to offer as a cultural and art contender?

The advocates said they were open, but in several places it was not so. The architecture competition tradition in Finland is more open than it appeared, which the organizer, Guggenheim Foundation did not bother to find out. The Finnish advocates never reported about their negotiations with the Americans, which gave the observers impression that the Finns were kowtowing.

The Guggenheim project in Abu Dhabi was reported in Finland with its inhuman, almost slave-like immigrant workers conditions. Louvre and New York University had their projects in Abu Dhabi as well, but the Guggenheim was singled out as the target for negative attention. The proclamations of the Guggenheim to try to settle the situation did not sound convincing.

Helsinki city has hired a third party reviewer to estimate the real costs of the project. The project waits for a hearing in the city council, where it has in fact never been. It has not won enough political muscle. Big state funding is hardly possible in an economic situation, where the Finnish government’s new austerity program will see a 600 million Euro cut from the education budget.

Was the last week of June the beginning of the end of Guggenheim Helsinki? Those who are not dead tired to hear from it, they will see perhaps one more piece of conversation. 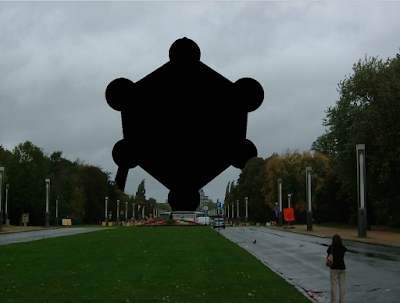 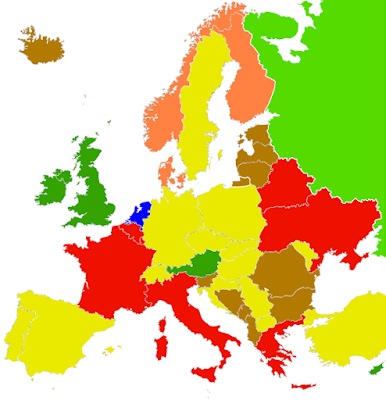 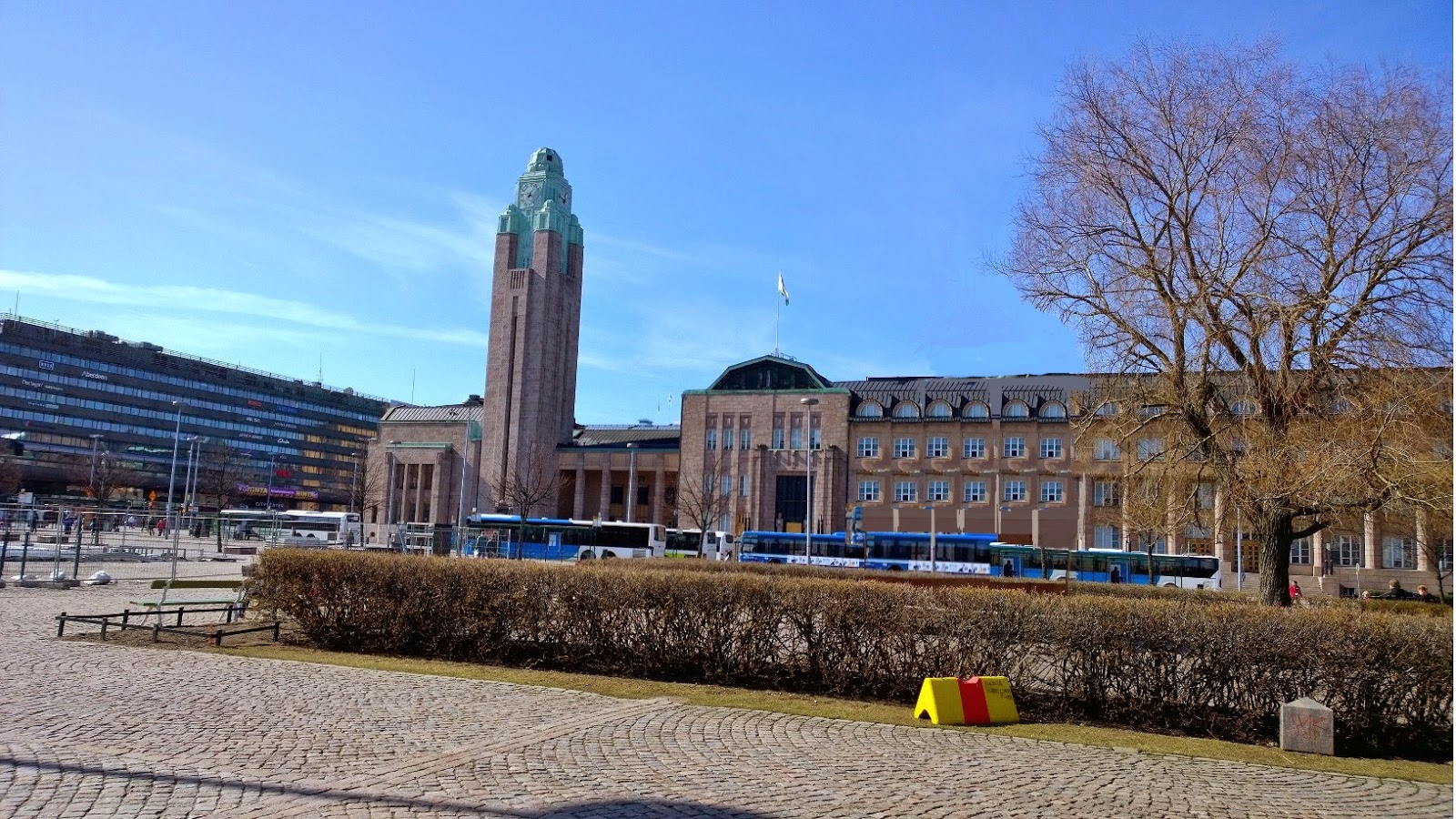 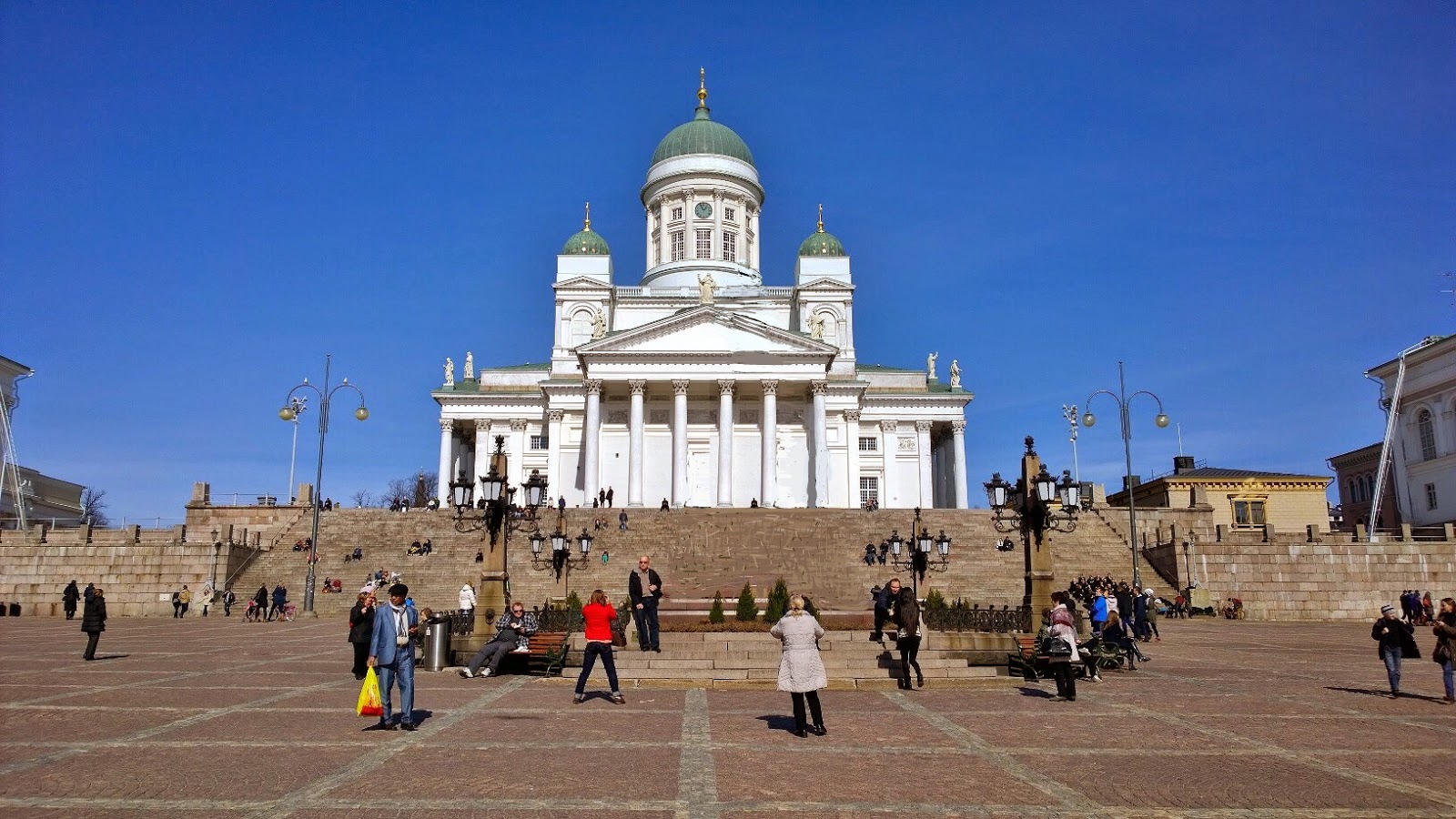 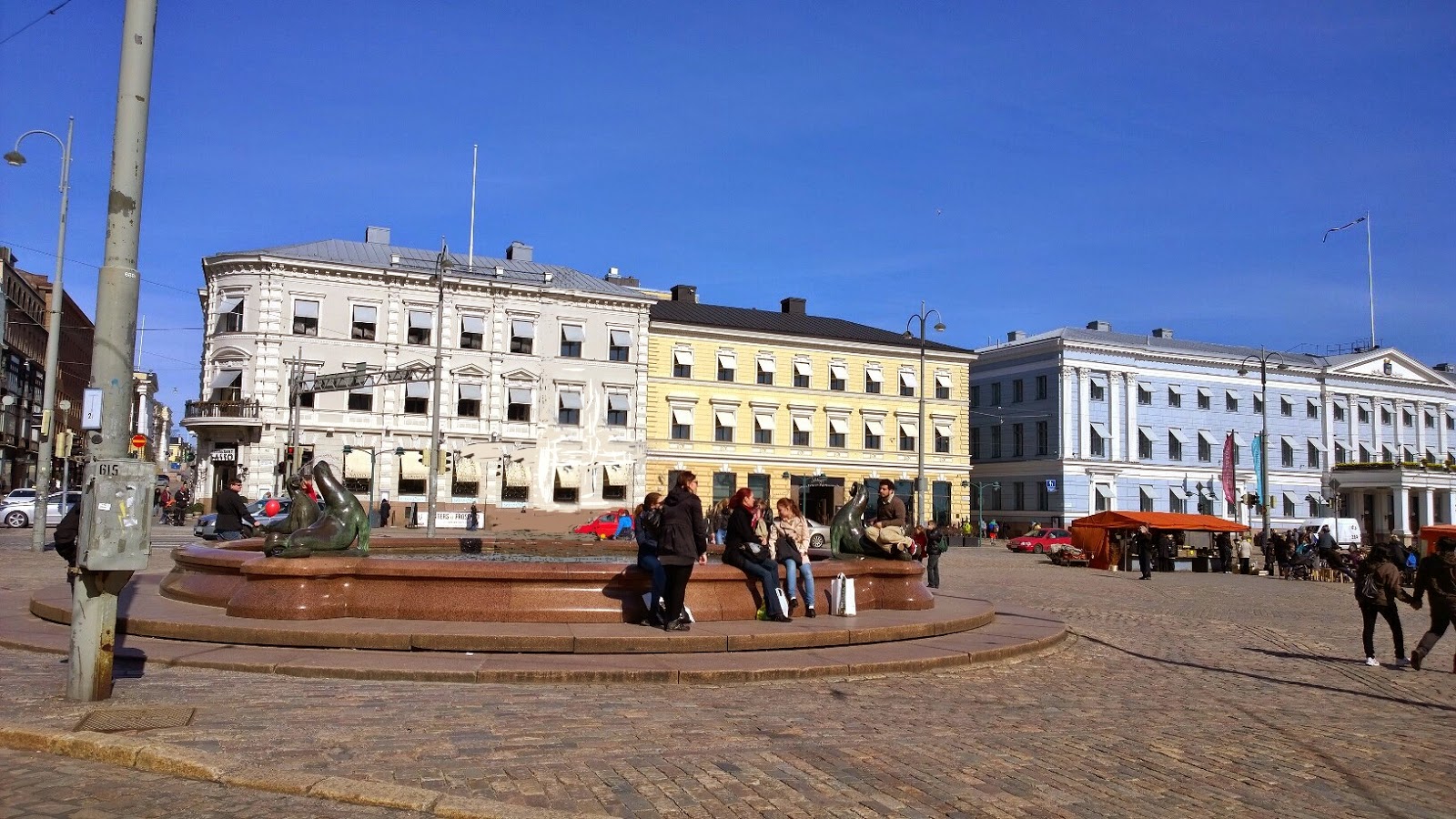 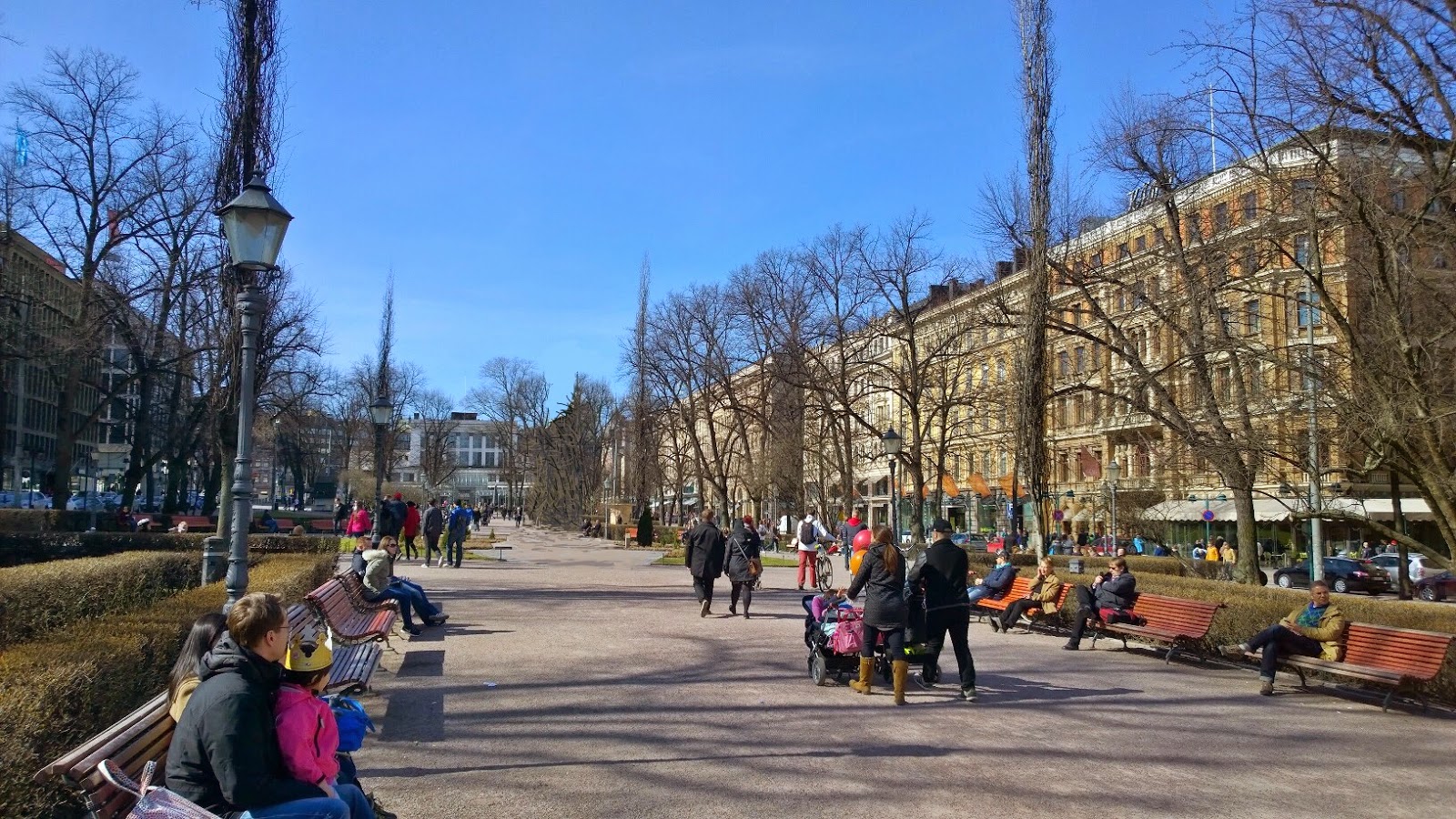 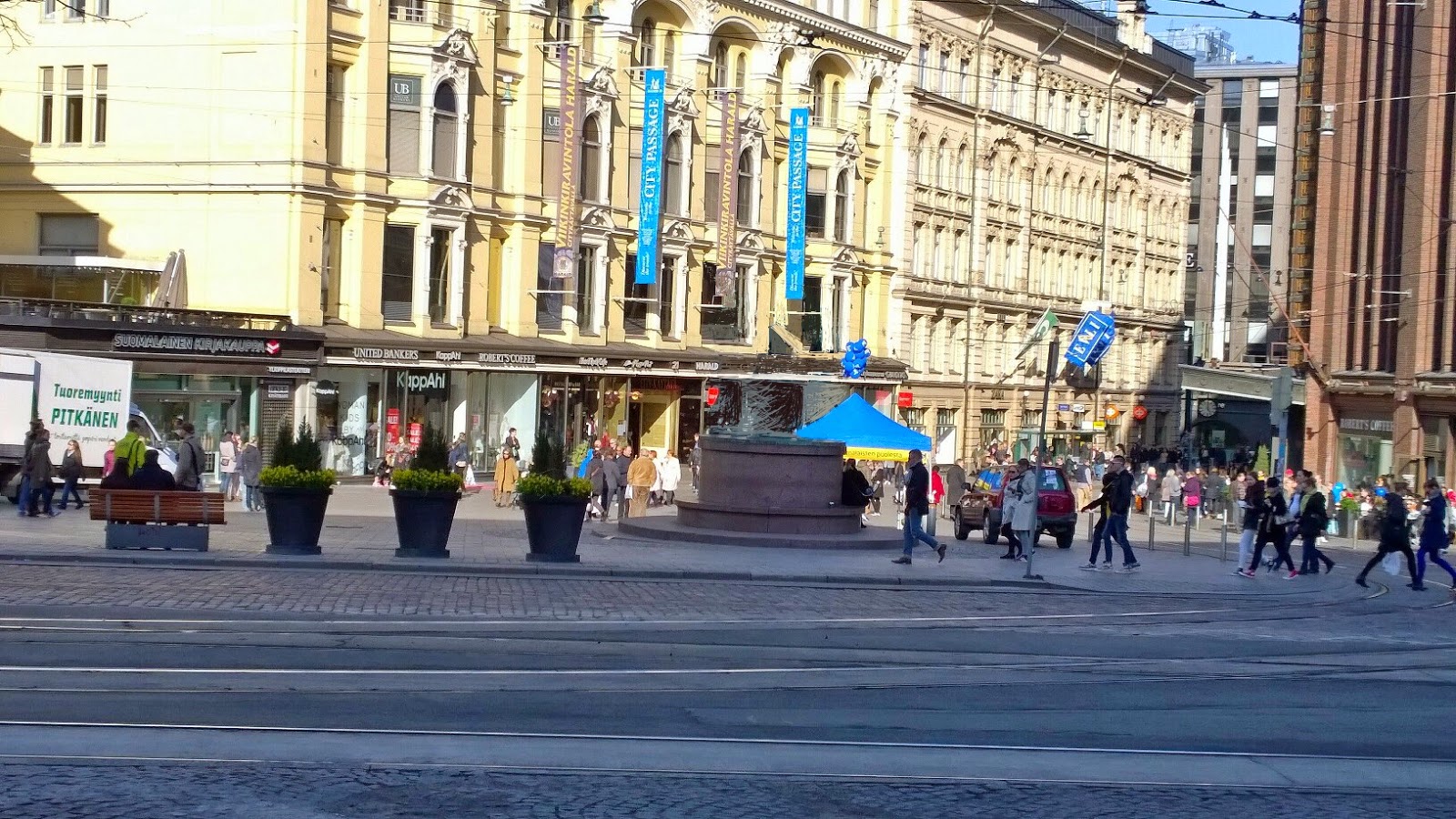 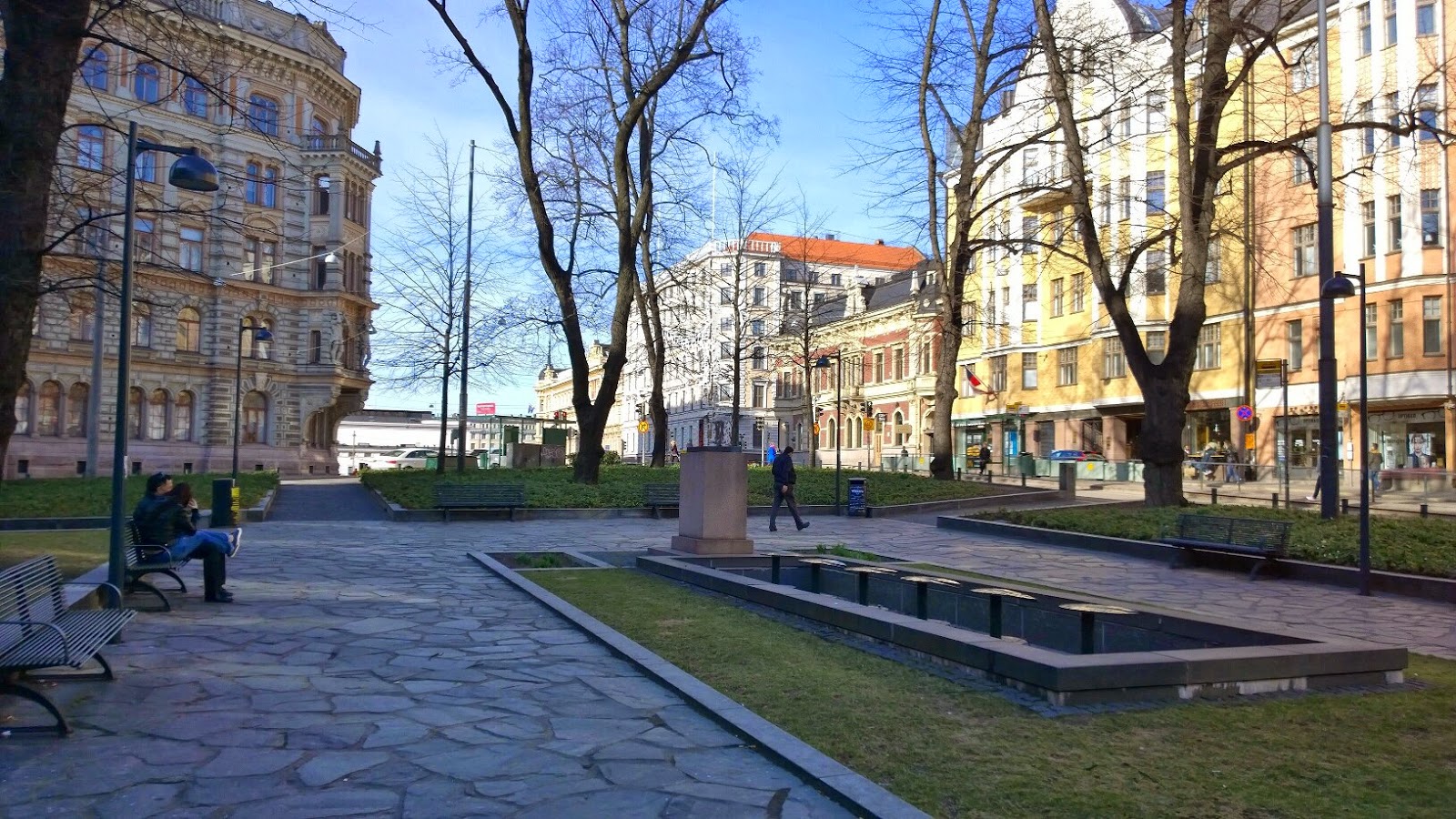 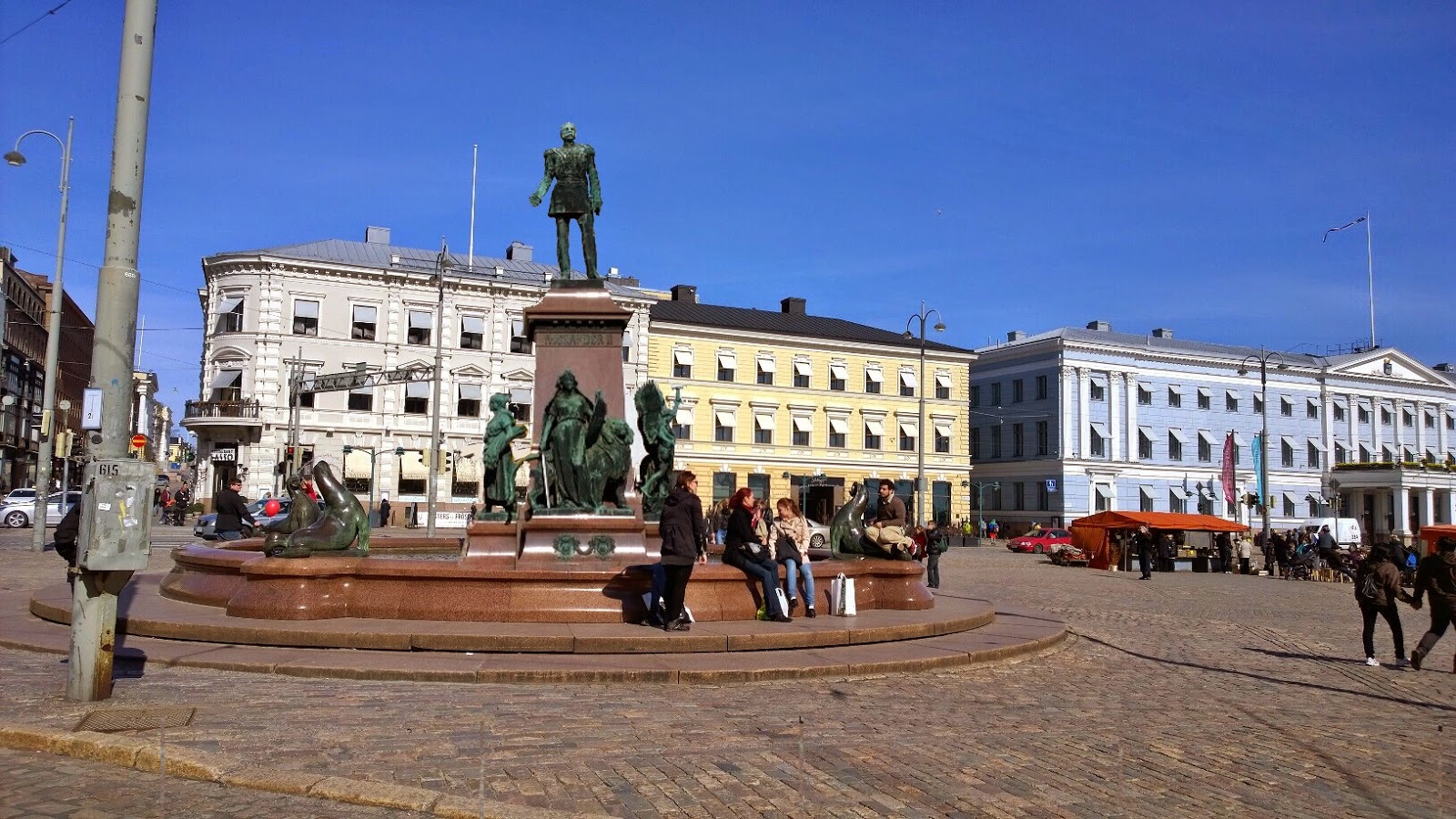 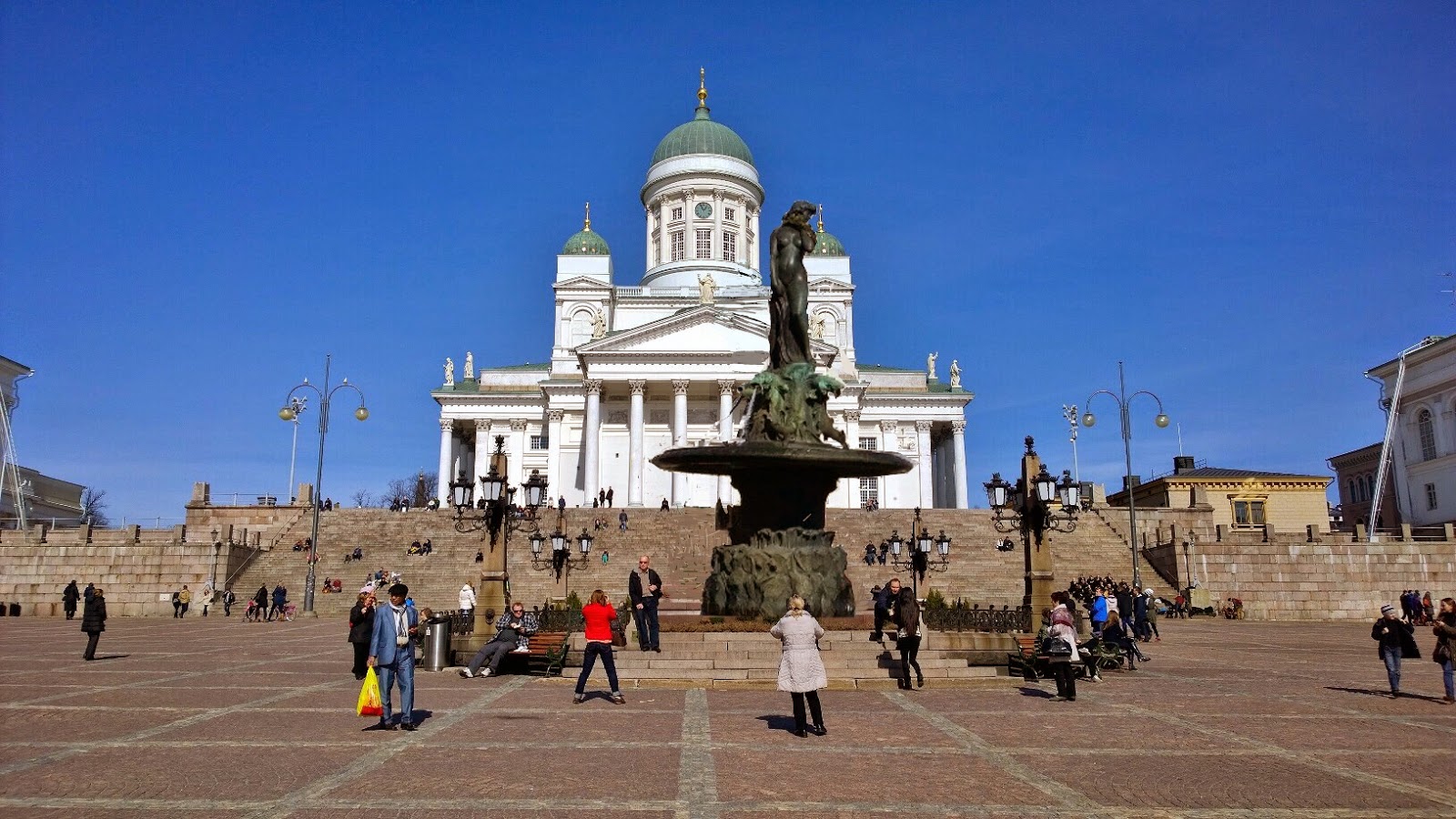 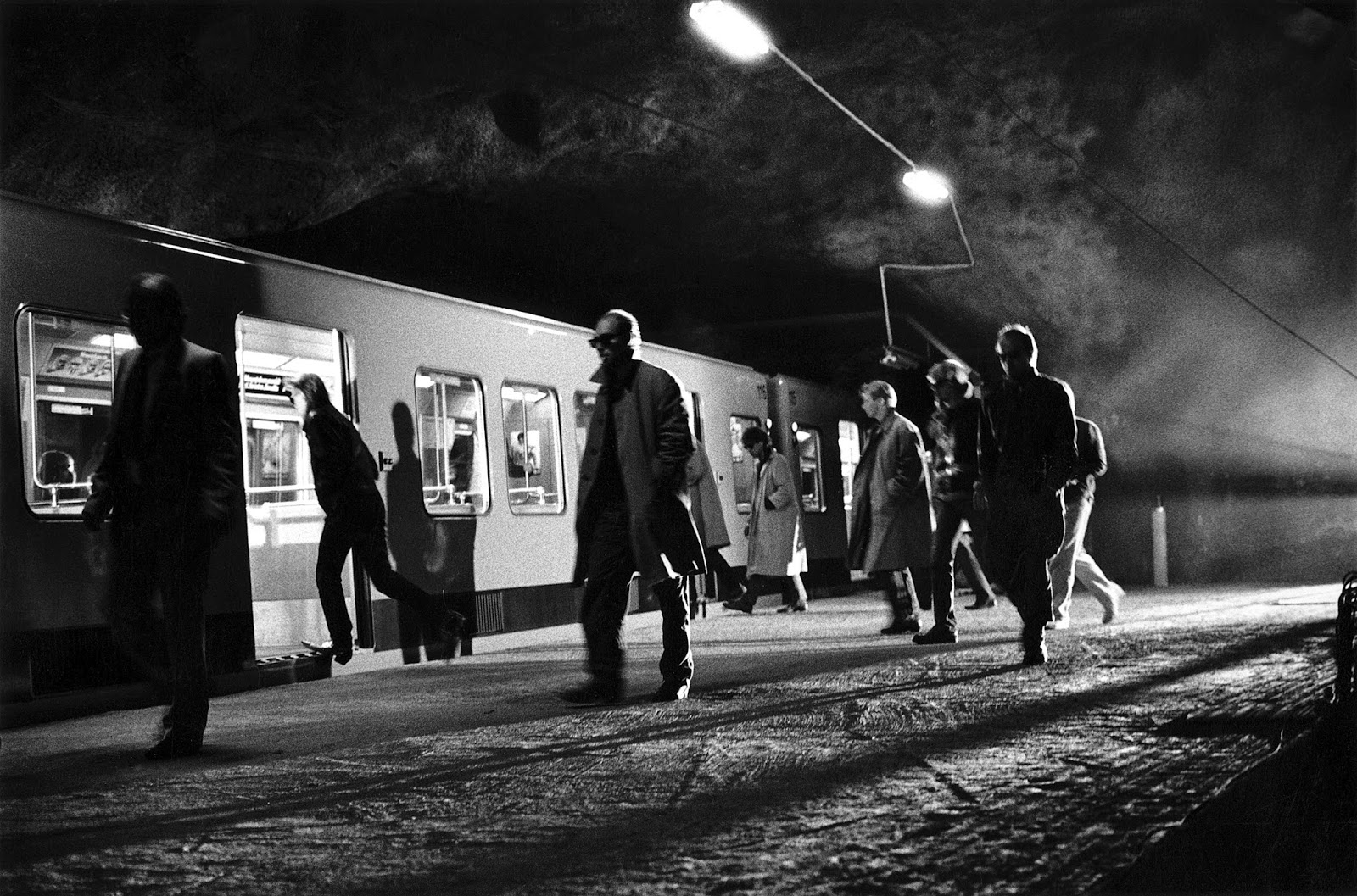 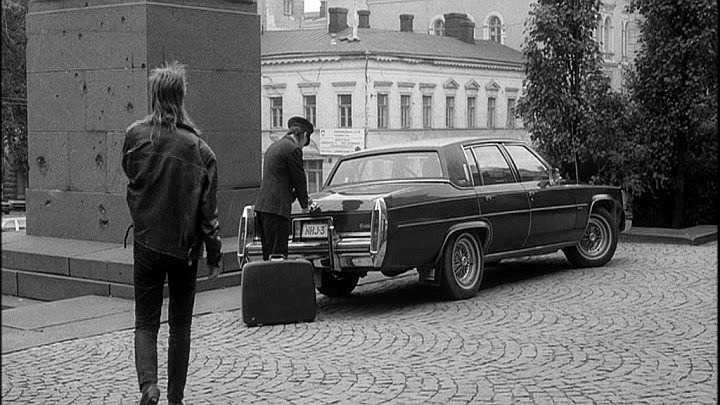 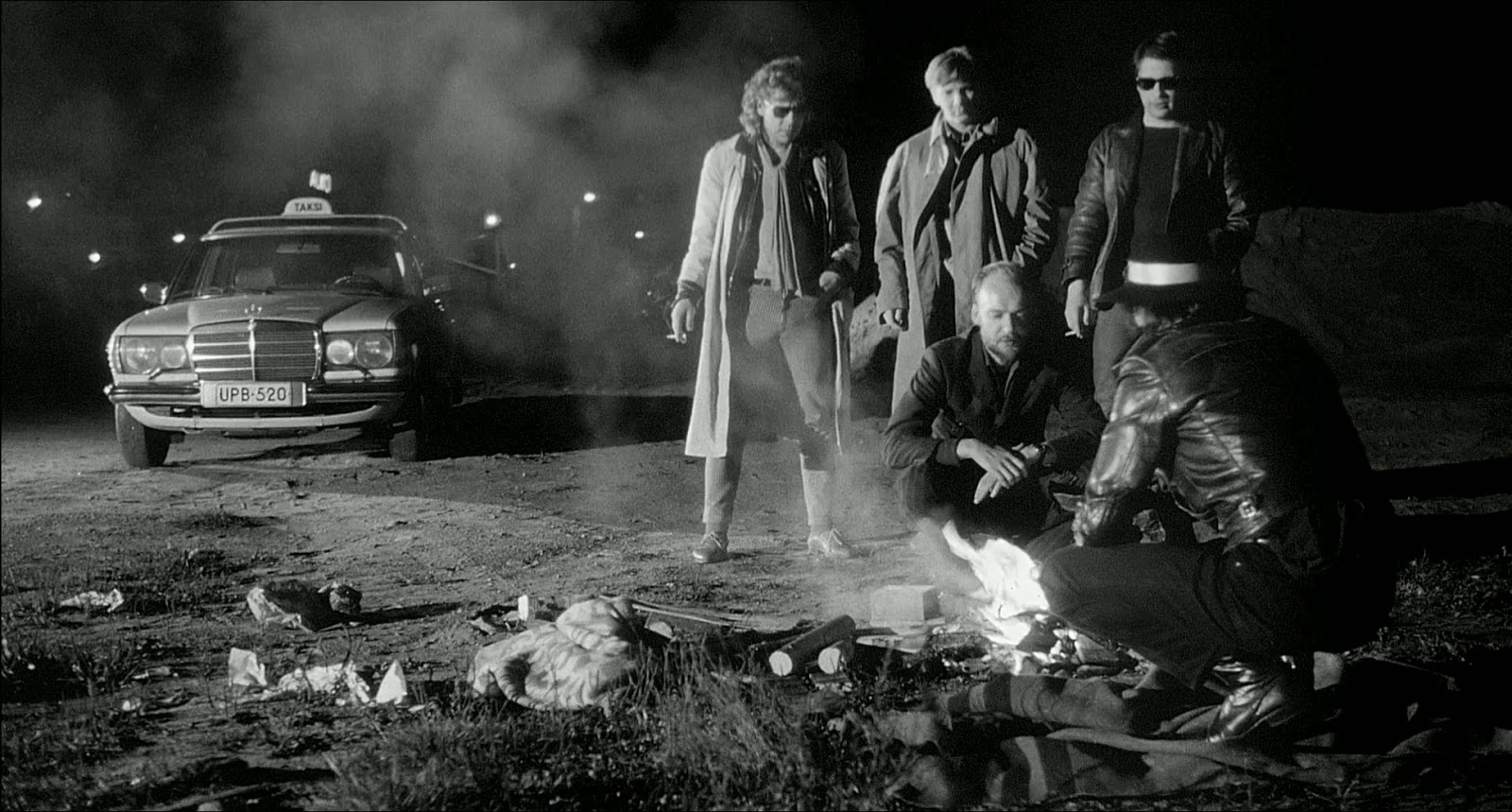 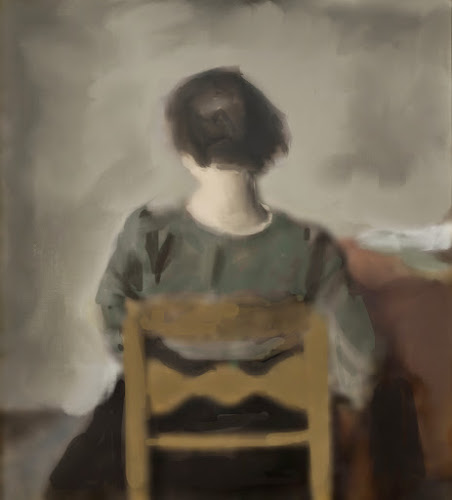 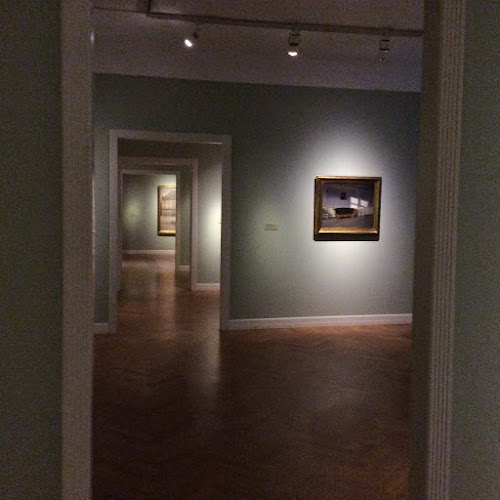 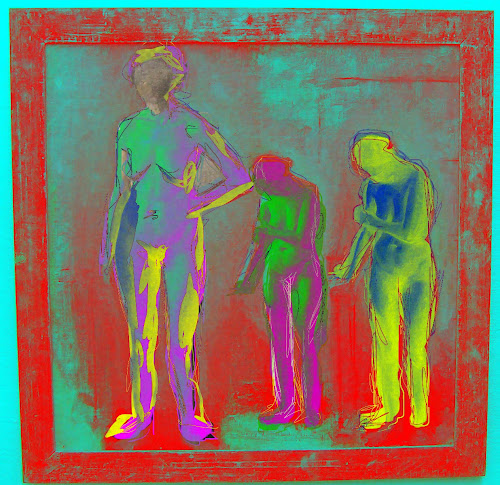